How to Add SWAP Space in Ubuntu 20.04 on Google Cloud. Swap space is a virtual memory extension of the system or servers real memory (RAM). If you have swap space configured your server will behave as it has additional memory than it actually have.

This guide helps you to configure swap space on Ubuntu 20.04.

This setup is tested on Google Cloud Compute Engine instance running Ubuntu 20.04 with 614 MB RAM. So, this setup will work on any cloud servers or any VPS or any dedicated servers.

Choose Best Hosting for your Business

You need to know how much RAM memory you have in your machine.

The general rule to allocate how much swap space is necessary is as follows.

If you don’t get any output, then your server don’t have any swap space configured. So you can proceed to add swap memory.

In the current situation with 614 MB RAM we are going to create a swap space of 1GB.

Create a swap file to add 1 GB (1G) space. You can also increase the amount of space you need.

Now you have a swap file of correct size and can be enabled as swap space.

Proceed by setting up correct permissions.

You can now mark the file as swap space with the mkswap command.

You will receive the output similar to this.

Enable the swap space and allow the system to utilise the space.

Verify that the swap is available by typing:

You can check the output of the free utility again.

Now swap space is only created for the current session. If you reboot the server the current changes will be gone. So you can make this setting permanent by adding the swap file to /etc/fstab.

Add the following at the end of the file.

The swappiness parameter allow to configure how often your system swaps data out of RAM to the swap space.

This value will be between 0 to 100 in percentage. The values close to zero, the kernel will not swap data to the disk unless absolutely necessary. The higher the value that are closer to 100 will try to put more data into swap in an effort to keep more RAM space free.

So, telling the system not to rely on the swap much will generally make your system faster.

You can see the current swappiness value by typing:

Now set the value to 10 with the following command.

You can make this value permanent by adding the line to your /etc/sysctl.conf file.

At the bottom, add the following line.

Hit Ctrl+X followed by Y and Enter to save and close the file.

To remove a swap space you need to swapoff the space, remove the entry from the /etc/fstab file and finally delete the swap file.

Get your Professional Google Cloud Architect certificate with this easy to learn course now.

Now you have learned how to create swap space and configure it and remove the swap space on your Ubuntu 20.04 server on Google Cloud.

Cloudbooklet builds a large collection of Linux based guides and tutorials on Cloud platforms like Google Cloud, AWS, Azure, DigitalOcean and more 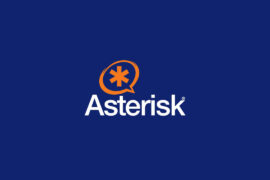 How to Install Asterisk in Ubuntu 20.04

How to Secure WordPress Installation with Bedrock – Google Cloud 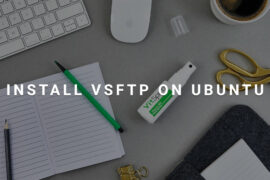 If you find this helpful? Support me!

Please buy me a coffee