How to Setup and Configure Firewall with UFW on Ubuntu 18.04

How to Setup and Configure Firewall with UFW on Ubuntu 18.04. This demo is tested on Google Cloud and it will also work on any Ubuntu and Debian servers.

UFW or Uncomplicated Firewall, is a front-end to iptables which provides an easy-to-use interface and a great way to secure your server.

UFW is installed by default in Ubuntu, for some reason if it is not installed you can install by typing the following command.

You can check the status (active or inactive) of UFW using this command.

Right now you will see it in inactive state.

Now you can add the rules and then enable it. If you enable the Firewall now, you will get blocked from your terminal because you haven’t allowed connections on port 22 which is SSH.

Go ahead and add the rule to allow connections for SSH.

This command is basically a shorthand for this command.

If you are using SSH on custom port you can enable the port with this.

You can also specify port ranges with UFW. To allow ports 3000 through 6000, use the command.

For UDP you can use this.

On the other hand you can also deny connections from ports or IP address or ranges.

Now you will get the number of your rule and then you can delete it.

Once you have added all rules you need you can enable firewall. Make sure you have allowed connections for SSH.

If you want to disable UFW firewall you can use this command.

To reset firewall to it’s default settings, you can do this with this command. 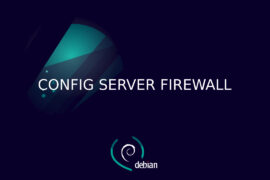 How to Install and Configure CSF Firewall on Debian 11 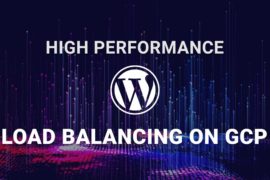 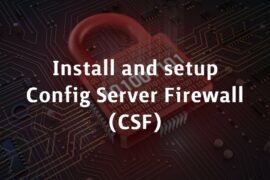 How to Secure your Ubuntu server with CSF Firewall